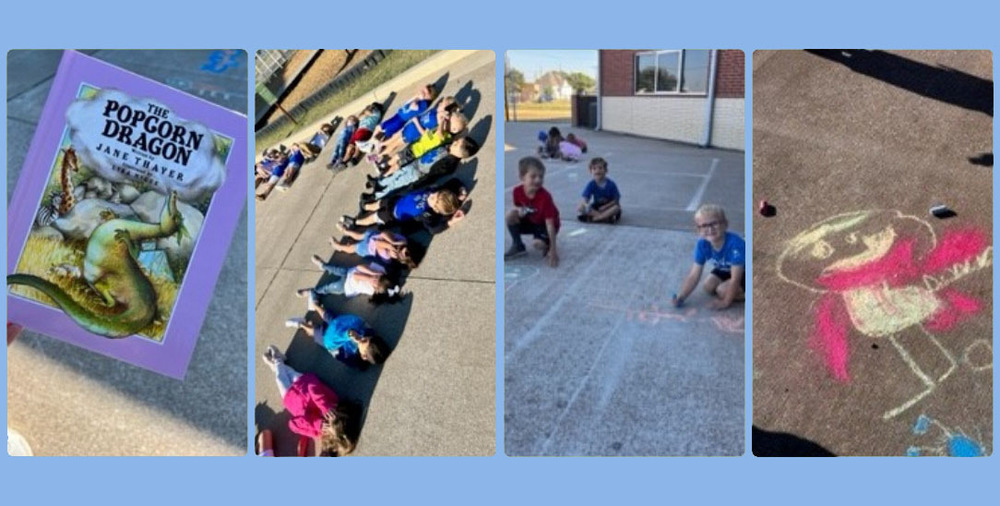 Our GES kindergarten class recently learned a lesson in friendship and how to treat others while listening to the book, The Popcorn Dragon by Jane Thayer.

The students listened to the book while they lay with their eyes closed envisioning what the dragon might look like. They heard the story of a dragon who became boastful about his new talents, and lost his friends because of how he treated them. They also learned how he turned around those behaviors and won his friends back.

Once the students opened their eyes, they were given chalk to draw the dragon they had envisioned. The drawings were spectacular!

Popcorn was an extra treat since the dragon's name was Popcorn :) While eating it, they used their 5 senses to describe it.