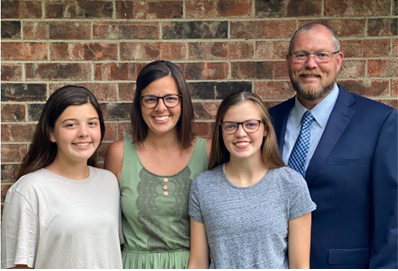 Scott Martindale served as a teacher before stepping into leadership, serving as the Principal of Livingston Junior High School, Lead Assistant Principal at A&M Consolidated High School, Principal of Davila Middle School and then transitioned to Iola ISD where he has been serving since 2013. Scott began as the Principal of the Iola Secondary School for 5 years and added the Elementary campus for two additional years prior to being named superintendent.
As Superintendent of Iola ISD, Mr. Martindale achieved an “A Rating” from the Texas Education Agency for multiple years, increased the Financial Integrity Rating System of Texas (FIRST) rating from a 74 (C) to a 94 (A) and added $1 million dollars into fund balance. Mr. Martindale successfully entered into a 313 agreement with a solar project, bringing in additional revenue to the district. Scott also created and led a District Safety Committee and implemented a School Guardian Program in 2018. Iola has long been known for success, earning honors in the ERP Honor Roll, the US News & World Report “America’s Best High Schools” and multiple honors in the state accountability system including Academic Achievement in Science, Social Studies, Reading/ELA, Closing the Gaps and Student Progress.
GISD Board President, Scott Meyerdirk, noted that “Scott Martindale is a proven leader who has accomplished great things in the organizations he has led. We are excited for him to build on the legacy of excellence Gunter ISD has long been known for.” Mr. Martindale completed his Bachelor of Arts at Texas A&M University and his Masters of Education at the University of Houston - Clear Lake.

Mr. Martindale shared that “I am extremely humbled and excited to serve the students, parents, employees, Board of Trustees and the entire community of Gunter. Gunter ISD has a long history of excellence and I’m honored to be a part of continuing that tradition. My family and I look forward to becoming a part of this wonderful community and building many lasting relationships.”