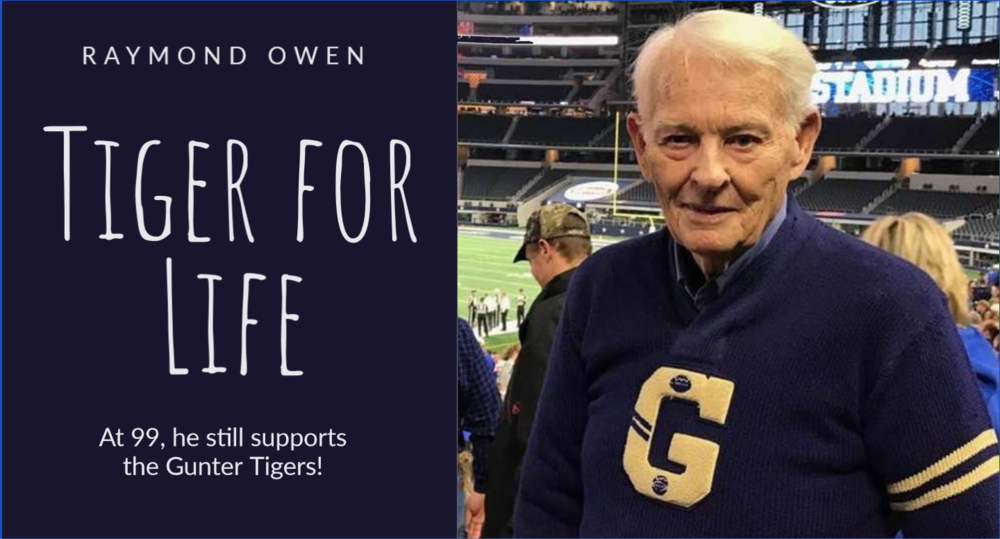 Once a Tiger... Always a Tiger!

More than 80 years ago this young man played football for Gunter High School. On December 16th at 97 3/4 years old, Raymond Owen put on his original letter sweater and headed to AT&T Stadium to the State Championship game to cheer on his Alma Mater in the Letterman's Sweater he earned by playing for Gunter in 1941! Coach Fieszel sums up our Football success by stating we are, "standing on the shoulders of GIANTS," and Mr. Owen is definitely one of those giants who "picked cotton" and played football in the great town of Gunter.

We are sure he was the oldest former Gunter football player in attendance. He’s just 3 months shy of 100!

He was interviewed by KTEN News, and said he would be there next year, "Lord willing," if the Tigers return to State. Thank you, KTEN for covering his story.