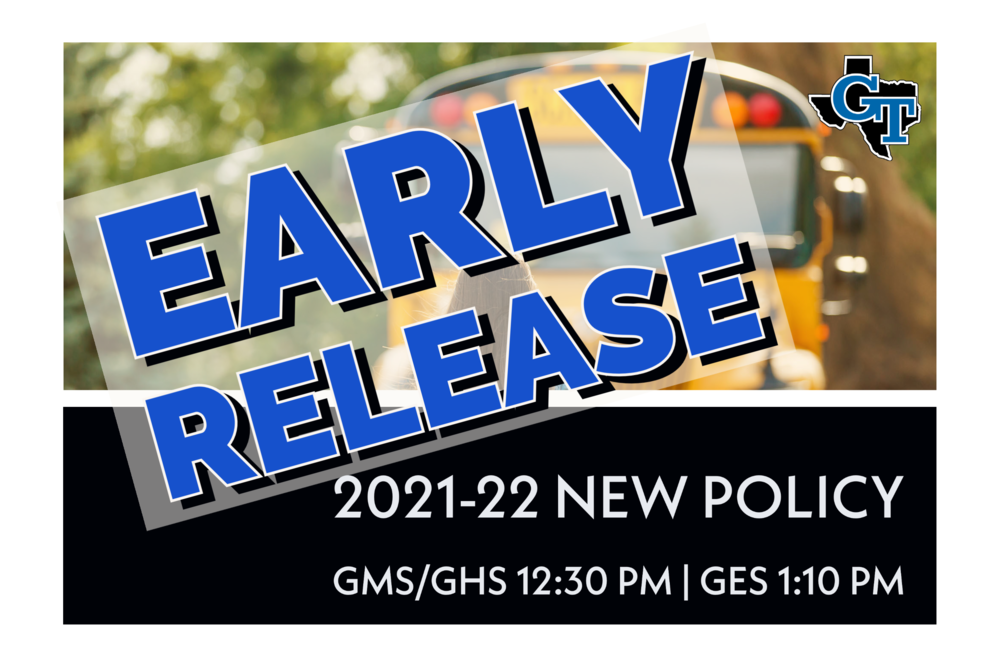 The Gunter Tiger Football Team has advanced to the STATE CHAMPIONSHIP and will play at AT&T Stadium on Thursday, December 16th at 7 PM. We have decided to release school early on that day to allow our fans, team, band, and cheerleaders time to safely travel to the stadium.

Friday, December 17th is also an early release that has been scheduled on the original district calendar.

Gunter ISD is growing, and with growth comes change. In the past, a 1 PM early release time worked for all of the campuses because we only ran the buses one time. With so many more students this year, we grew to a 2-tiered bus route, meaning the buses run the same route 2 different times; once for elementary and once for secondary. This has caused an issue with our early release days because our buses cannot pick up all of the students at the same time. For that reason, we have decided to release the middle and high school campuses at 12:30 PM and the elementary campus at 1:10 PM.  By running the bus route with the secondary campus leaving first, the older students will be home before the youngest students get there.

We apologize for any confusion in our previous early release days.